Blast From The Past: Former Liverpool Winger Shines As Blades Claim Victory Over Bournemouth 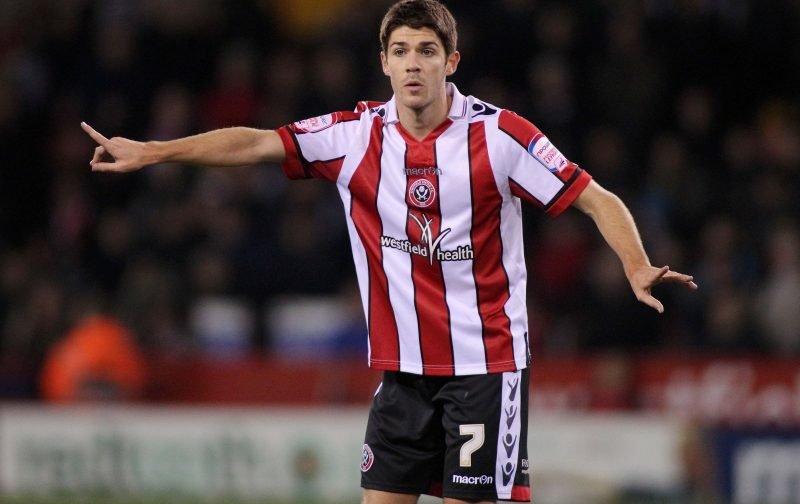 BLAST FROM THE PAST:  Sheffield United walked away from an eight-goal thriller after coming from behind to beat AFC Bournemouth 5-3 in an epic League One fixture on 1 September 2012.

Bournemouth had headed the visitors ahead via Tommy Elphick on 20 minutes. Four minutes later the score was level as Flynn levelled from close range as Matt Hill crossed in from the left for the Scot to pounce and finish.

Having netted his first goal of 2012 the winger was soon off the mark again 7 minutes later as he latched onto Tony McMahon’s cross to pick his spot and net in front of the Bramall Lane End. Within two minutes of the first half remaining, on-loan Manchester United forward John Cofie hammered home a thunderous strike from distance.

United went onto the break with a 3-1 lead but three minutes after the re-start saw the Cherries pull one back as Lee Barnard headed home from a corner.

Richard Cresswell was introduced to the pitch, and proved to be an inspired substitution as the former Sheffield Wednesday striker headed home Flynn’s cross on the hour mark to restore a marginal lead.

As the game edged close to full-time, Marc Pugh set up a nervy finish as his 20-yard strike got the better of George Long in the Blades’ goal. In stoppage time, Charlie Daniels sent Nick Blackman tumbling to the ground with the referee awarding a penalty. Blackman picked himself up to slot home the spot-kick and put the game finally to bed.