Blades Without Chief Ahead Of Rams Clash 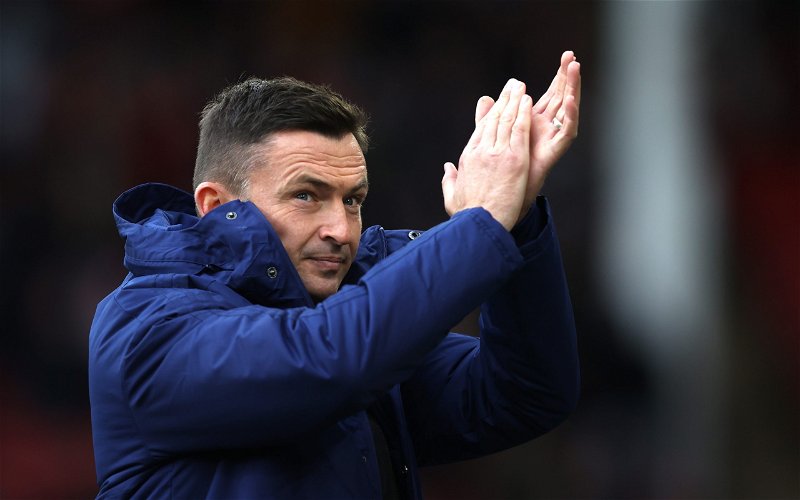 Sheffield United return to SkyBet Championship action for the first time since 20th December, when they won 1-0 at Fulham. This weekend, the Blades makes the journey to face Derby County tomorrow at Pride Park (kick-off 3:00 pm), where United boss Paul Heckingbottom will be looking to extend their five matches unbeaten league run.

Covid-19 within the opposition camps have meant that recent league fixtures against Preston North End, Hull City, and Middlesbrough, were all postponed, leaving the Blades last league action a 1-0 victory at Fulham on 20th December, and haven’t played at Bramall Lane since 28th November. They were back in action last Sunday where they were dumped out of the FA Cup after losing 3-0 at Wolves. 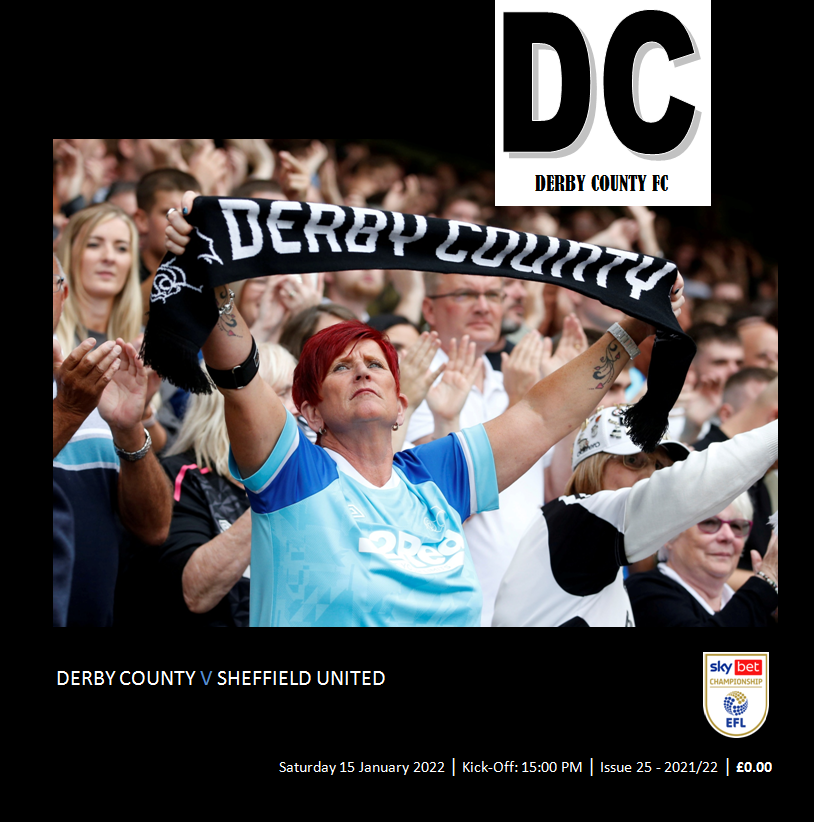 However, the United dugout will be without boss Paul Heckingbottom, after the former Leeds, Barnsley, and Hibernian manager is self-isolating after testing positive for Covid-19. The team will be managed by his assistants, Stuart McCall, and Jack Lester.

The two clubs have already met one-another twice thus far this season, having faced each other in the second round of the Carabao Cup, on 24th August, and in the Championship – both at Bramall Lane. United had to come from behind in the League Cup tie after Louie Sibley smashed a low strike from 18-yards past keeper Wes Foderingham on the stroke of half-time. Slavisa Jokanovic had named a ‘so-called, second-string,’ to face Wayne Rooney’s side, whilst the Rams also rested players. United levelled early in the second half after Luke Freeman’s effort went through Ryan Allsop’s hands. On 76 minutes, Billy Sharp capitalised on a poor backpass to the keeper to keep his composure and round the stopper before expertly firing into an empty net, and winning the tie 2-1.

The duo again met in the Championship, on Saturday, 25th September, and again resulted in a Sheffield United victory. The Blades won 1-0 but it went down to the wire. The game remained goalless until the 88th minute when a rush of the head came to Rams defender Curtis Davies handballed in from box from a cross, handing referee Mr Webb no option to award a penalty. Skipper Billy Sharp stepped up and hammered the ball home. For Derby, it was all out defending for the majority of the second half after, on 57 minutes, keeper Kelle Roos charged out of his box to prevent a one-on-one situation with Sharp, taking out the striker and the referee showing the stopper a red card.

Blades boss Paul Heckingbottom will be boosted by the return of striker Rhian Brewster from a hamstring injury. He appeared as an unused substitute in the recent defeat at Molineux. However, United are expected to be without on-loan Roma keeper Robin Olsen (muscle), though the stopper has recently been linked with a move to Aston Villa, with Wes Foferingham likely to take the number one position, and defender Jack O’Connell (knee), who is hoping to be back soon after 18-months sidelined through injury.