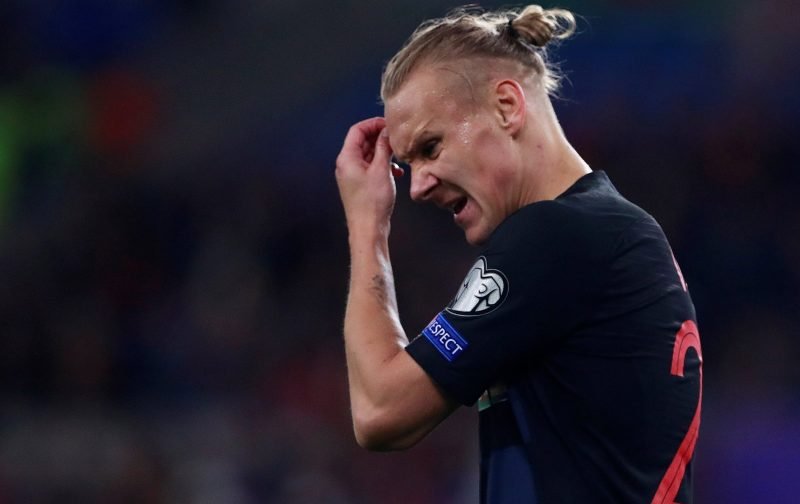 Sheffield United are reportedly interested in signing World Cup Finalist Domagoj Vida from Turkish side Besiktas in a £6million deal – according to sources on social media outlet Twitter.

Vida, 30, was part of the Croatia side which beat England in the semi-final of the 2018 FIFA World Cup, before losing to France in the final.

According to Twitter, and Brighton and Hove Independent, the Blades have been linked with a move for the defender, although they face competition.

Sheffield United are keen on signing Besiktas centre-back Domagoj Vida. A plethora of clubs have been linked with the 30 year old Croatian and it now seems that the Blades have thrown their hat in the ring. [Takvim]#twitterblades #sufc pic.twitter.com/blMlgJdzQS

However it appears that the Blades might be too late in making a move for the defender, with further reports on Twitter suggesting that the Croatian is about to make a £6million move to fellow Premier League rivals Aston Villa.

Domagoj Vida will be an Aston Villa player 😳

Aston Villa have agreed a fee of €6m with Besiktas for the defender.

Despite the arrival of Jack Rodwell on a free transfer, the defence does need strengthening. Although a place in next seasons Premier League has yet to be secured, United fans would hope that next season the club can compete sensibly and look to finish higher up the table next season.

This cannot be done by bringing in talent from the English leagues alone – although there are some skilful players who are constantly overlooked.

Only time will tell if United are seriously looking at signing Vida before the January transfer window closes before the end of the month!