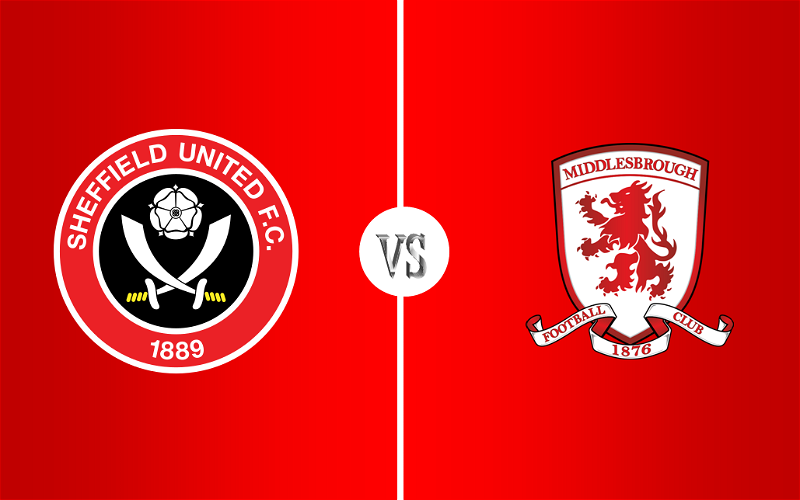 Sheffield United travel to the Riverside Stadium, to face Neil Warnock’s Middlesbrough side, in fine form after playing out their last six league matches unbeaten. However, they will break a 24-year-old record should Slavisa Jokanovic’s Blades claim maximum points tonight.

The last team to taste victory over the Blades was Huddersfield on 24th August. The Blades were victorious in their last fixture at home to financial stricken Derby County on Saturday. In a game that saw both sides miss golden opportunities, United came out unscathed with a 1-0 victory, but only just! 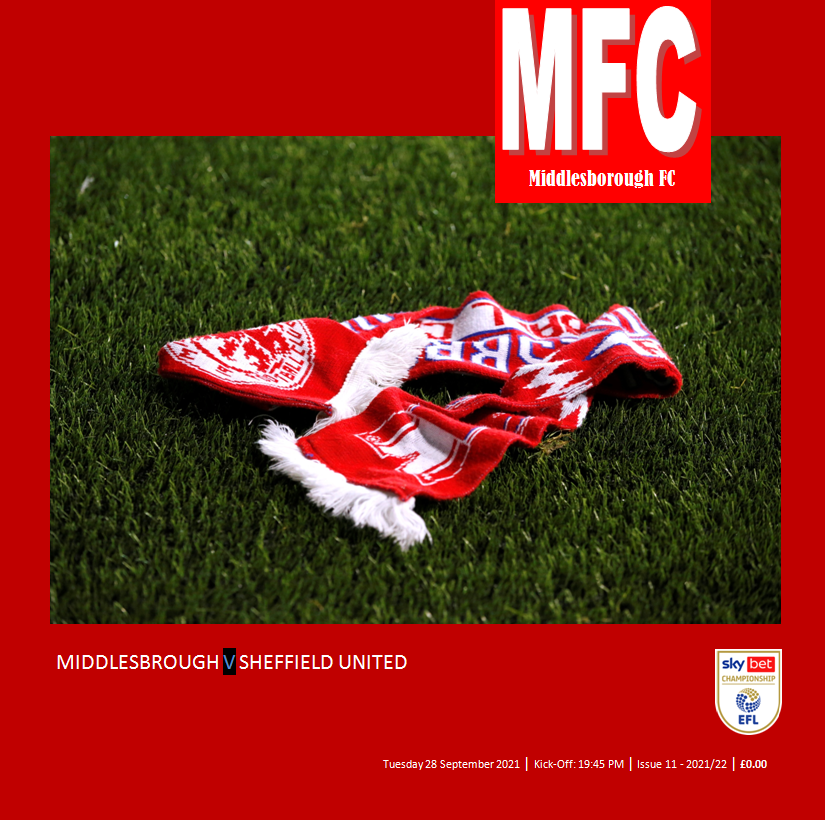 The game remained goalless until the 88th minute when a rush of the head came to Rams defender Curtis Davies handballed in from box from a cross, handing referee Mr Webb no option to award a penalty. Skipper Billy Sharp stepped up and hammered the ball home. For Derby, it was all out defending for the majority of the second half after, on 57 minutes, keeper Kelle Roos charged out of his box to prevent a one-on-one situation with Sharp, taking out the striker and the referee showing the stopper a red card.

The victory moves the Blades into eleventh after nine matches played, and four points behind the final Play-Off spot. Claiming anything other than a defeat at Middlesbrough will be vital as they prepare to travel to league leaders AFC Bournemouth on Saturday for what will be a tough encounter.

Undoubtedly, United will find their journey to the Riverside Stadium an unpleasant one having drawn once in their last six visits (in all competitions) there. Their last victory was on their first-ever visit to the BT Cellnet Riverside Stadium on 5th October 1997, where the Blades won 2-1 under Nigel Spackman.

Though the Blades will have to do this without a trio of players who remain sidelined through injury. Strikers David McGoldrick (calf), and Lys Mousset (hamstring) are both absent, as are defenders Jack O’Connell (knee) are all absent.

The last time that United faced Boro was en-route to winning promotion from the Championship. Richard Stearman’s bullet header from Oliver Norwood’s free-kick on the hour mark was enough to decide the match in February 2019, with the Blades winning 1-0. The result kept Chris Wilders side in third, behind Norwich and league leaders Leeds. United was handed an advantage three minutes after taking the lead following Daniel Ayala’s second booking of the day, reducing the Reds to ten men.

Middlesbrough come into this fixture after suffering defeat at Reading on Saturday in a 1-0 score-line. Alen Halilovic netted the game’s only goal on 55 minutes, however, Boro was reduced to ten men with three minutes remaining after Matt Crooks was handed a straight red card following what seemed a harmless sliding tackle on Royals keeper Luke Southwood. Bro boss Neil Warnock will appeal the dismissal and one-match ban that would follow. If they failed in an appeal bid, the defender will miss tonight’s fixture against the Blades. With nine matches played, the Riverside club lay eighteen in the table.

The Reds will be without midfielder Marcus Browne (ACL), and defender Anfemee Dijksteel (hamstring) through injury.