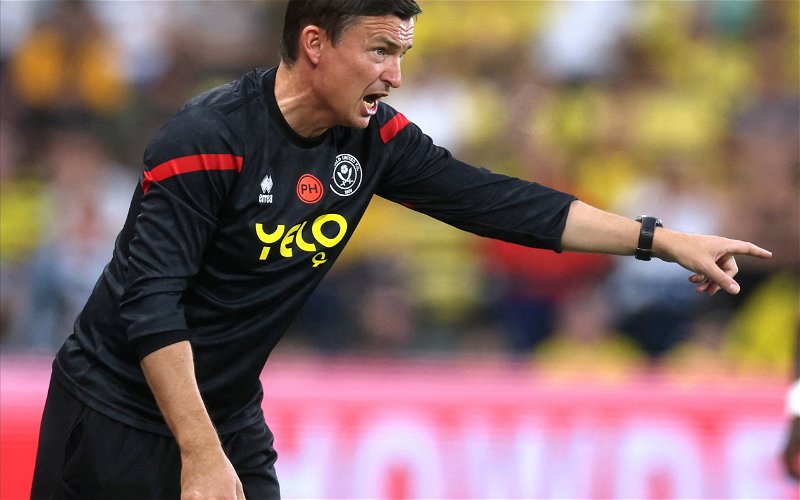 Paul Heckingbottom sat down earlier today to partake in his media duty. The Blades boss addressed a number of different topics regarding injury updates, transfer business and what improvements he wants to see against Millwall.

The Sheffield United manager was asked in today’s press conference if the McAtee and Doyle signings were to replace Sander Berge. Heckingbottom responded:

“No, different players. We expect more from Sander to be a bit all-round in midfield. We asked him to be higher up last season because of where we found ourselves with players. We want James to add more options there. We have changes from the bench and constant quality.”

James McAtee was announced as the 6th Sheffield United signing this morning. But what are the chances of him making his debut for the Blades at the weekend against Millwall at Bramall Lane:

“Yeah he’s available for selection and been training but not many minutes would love to expose him to the Championship as quickly as possible.”

Heckingbottom has stated that United won’t be doing anymore business this summer, unless a player is sold, due to the limited resources they are now working with.

“I would love to do more but with the resources we have got we are done. We need to get the players back fit that’s the priority now.”

Enda Stevens had to go off early on Monday night against Watford, United will have to wait to see the extent of the wingbacks injury.

“Enda has done his calf, not sure how long yet because I haven’t had the report back.”

In other injury news:

“Tommy [Doyle] and Bash back on the grass, and Bash will be back before Tommy and it will be good to have him back. Oli Mac is back in training. Jayden Bogle is running on the grass now and he’s in a good place.”

The Sheffield United manager was asked about the chances of Khadra, Brewster and Sharp starting on Saturday vs Millwall:

“I can consider them to start but not consider them to finish. We want impact and performance not saving themselves for 90 they are ready. Rhian’s [done] training a lot in pre-season and getting more and more minutes. Reda [did] training but not to our level. Billy had a second week [of training].”

Heckingbottom expressed that he wants to see an improvement in attacking and creating against Millwall on Saturday: