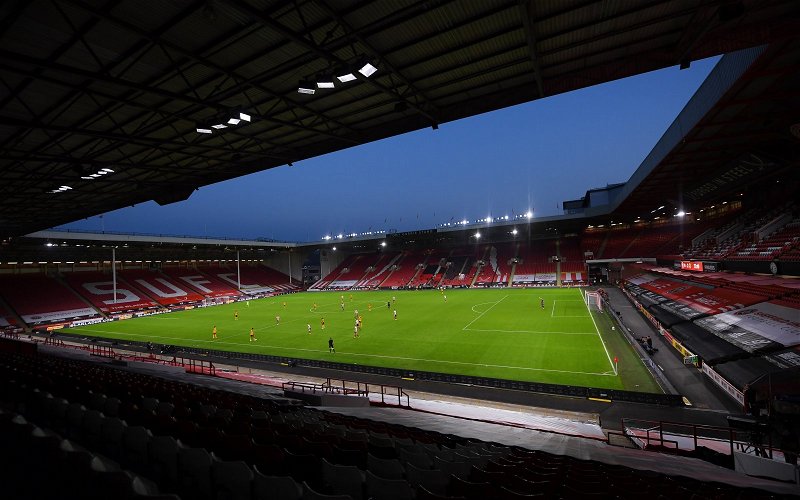 With the men’s first team out of action this weekend due to the international break, Bramall Lane hosts the Sheffield United Women’s side, who are aiming to gain the top spot in the Championship table as they host Liverpool Women tomorrow (kick-off; 3 pm).

The Blades start to the campaign has been good, despite Neil Redfearn’s side suffering a 2-0 defeat on the opening day of the season at Blackburn Rovers, United have marched up the table following back-to-back victories over Durham (3-1), Coventry United, and Watford (both 3-0), placing the S2 club firmly at the top of the table before last Sunday’s opposition, Crystal Palace. 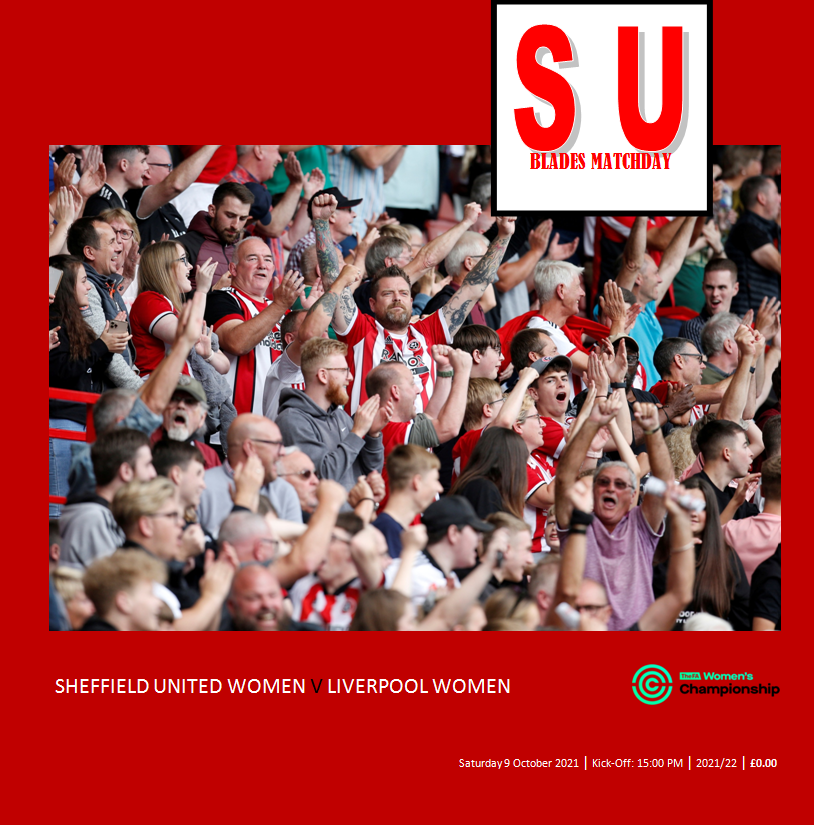 With only one promotion to the Super League spot available, the Championship makes a stiff competition for those who are looking to advance. Last season, they finished fourth but came close two seasons ago after finishing second, and six points behind leaders Aston Villa.

United regularly plays their home fixtures at Chesterfield FC’s, Technique Stadium, but have opted to play out this fixture at Bramall Lane and reward supporters with a £1.00 admission for both adults and children, with only the Family Stand open for business.

The Bladettes come into this fixture second in the league. A victory would put them top, with leaders Durham traveling to Sunderland tomorrow. United come into this fixture following a 0-0 draw at Crystal Palace last Sunday, leaving the Women’s side four matches unbeaten following three consecutive victories over Watford, Coventry United (both 3-0), and Durham (3-1), before the goalless draw with the Eagles.

The hosts will be without Rhema Lord-Mears after a blood clot was found in the 26-year-olds lower leg, and she will be sidelined for a long period. They will also be without Mia Enderby, who is away on international duty with England U-17.

The two teams met twice last season, with the Merseyside club completing a league double of 1-0 victories. They last met at the Technique Stadium on 25th April 2021, with the game ending in defeat for United, though they almost walked away with a point. Liverpool had taken the lead through Amalie Thestrup after 30 minutes after she was teed up by Melissa Lawley. The hosts had been denied a golden opportunity to take the lead 23 minutes after Courtney Sweetman-Kirk was sent sprawling in the penalty area, and a spot-kick awarded. Katie Wilkinson stepped up but struck her effort low against the post.

On 66 minutes, the Reds had an opportunity themselves from the spot to double their lead but Blades stopper, Fran Kitching’ kept out Kirsty Linnet’s kick. It became a hat-trick of near misses from the spot in stoppage-time when Taylor Hinds handballed in the box, received a red card for her troubles, and presented substitute Jade Pennock another opportunity to find the net. However, keeper Rylee Foster made a double save, first from the spot and then the rebound as United were made to pay for missed opportunities.

The Reds come into this fixture having claimed a 2-0 victory at Coventry United via two second-half goals from Leanne Kieman. Both goals came in quick succession with the first coming on 69 minutes and the second four minutes later. Though the hosts had weathered the storm having been reduced in number on 33 minutes following the dismissal of Grace Riglar. The result leaves Liverpool third in the table, level on points with Sheffield United and two points behind league leaders Durham.