Blades Head to Chelsea With Nothing to Lose 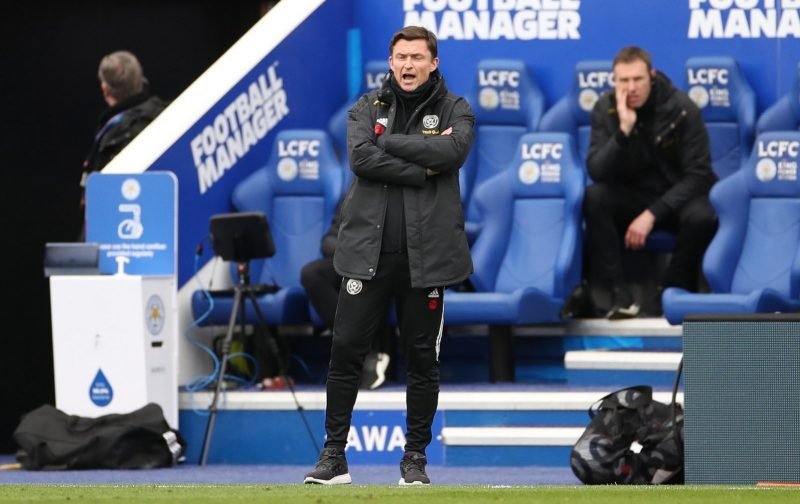 Sheffield United will take a brief break away from Premier League matches as they compete in the FA Cup Quarter-Finals. They must get past a tricky Chelsea at Stamford Bridge tomorrow, with the winner advancing to the semi-finals at Wembley.

The last week or so has been an emotional rollercoaster for Sheffield United and its supporters. On 13th March, the club departed with manager Chris Wilder, ending a four and a half year relationship that saw the Blades promoted from League One to the Premier League in the space of three seasons. Only Dave Bassett had achieved this previously as a Blades manager. 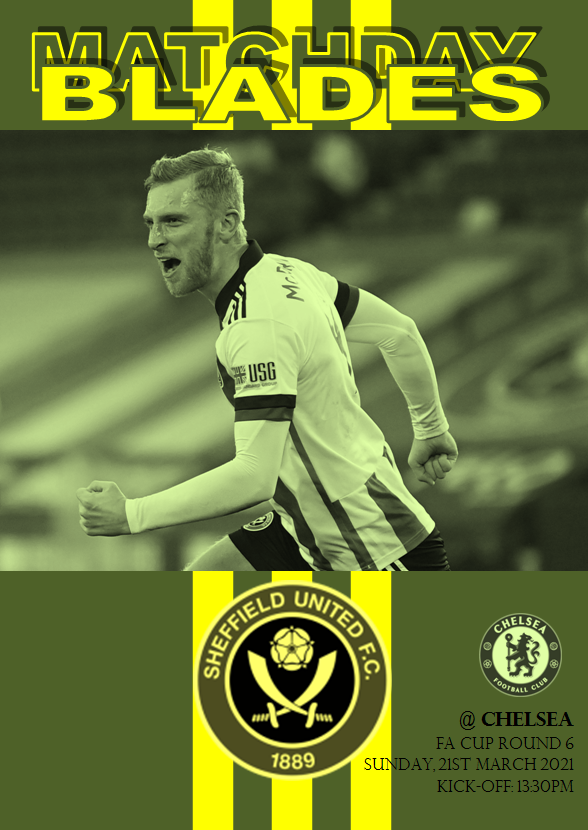 Under-23’s coach Paul Heckingbottom took temporary charge of the last fixture at Leicester City. Having witnessed his Under-23 side smash Birmingham City 5-0 several days earlier, he was thrown in at the deep end and witnessed the first-team defeated 5-0 at the King Power Stadium, in what is the biggest defeat of the season for United. Heckinbtoom has now been joined by former AFC Bournemouth manager Jason Tindall for the remainder of the season, with the club not looking to replace Wilder anytime soon.

It is unclear as to whether the Blades will switch from their familiar 3-5-2 formation, or switch to different tactics whilst under a temporary regime management team.

Sheffield United will be happy to make use of the Premier League free weekend. Unlikely it may seem, but a victory over Chelsea at Stamford Bridge would see the Blades in a Wembley FA Cup Semi-Final for the first time since 2014, however, United haven’t won at Stamford Bridge since 31st October 1992. Since then there have been four further meetings at the Bridge.

On the last three occasions that Sheffield United have reached the Quarter-Finals stage of the FA Cup, they have been drawn against London opponents. Of course, they face Chelsea this time at Stamford Bridge but last season they hosted Arsenal (lost 1-2), and in 2014, en-route to the semi-final against Hull at Wembley, they hosted Charlton Athletic (won 2-0). Before that, they reached the same stage in back-to-back years (2003, and 2004), where they faced Leeds United (won 1-0), and Sunderland (lost -0-1), respectively.

United will once again be without Ethan Ampadu, who is currently on loan from Chelsea, who is unable to face his parent club due to a clause in both his contract and competition rules.

The Blades are still rocked by the injuries too; John Egan, and Jack Robinson (both foot), Jack Rodwell (fitness), David McGoldrick and Jack O’Connell (both knee), however, the Blades may see midfielder Sander Berge return against Chelsea or in our next fixture against Leeds United after a long layoff through injury. He has been called up to the Norway squad for their forthcoming fixture with Turkey.

Past FA Cup Results… vs. Chelsea