Well, I suppose we need to look for some bright spark after what was arguably our worst result of the season so far.

Yesterday’s game at Newcastle United just went from bad to worse. After a bit of a boring first-half, things went completely to pot in the second as we conceded three goals and were reduced to ten men (which could have a knock-on effect for the next couple of games).

Was the defeat solely down to the red card? 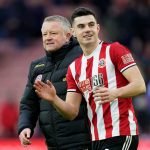 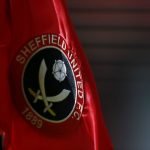 However, doing his best to keep things as respectable as they could have been was Chris Basham.

Taking a look at his numbers from the game, you’d be hard-pressed to find someone who didn’t think he was our top performer out there. Winning four aerial battles, five tackles, making four clearances and having a pass completion percentage of 88%.

So when @The_Bladesman posed the question to fans on Twitter who should take the honour of our man of the match from the game, there was only ever going to be one choice.

Bash without a doubt. We really need to sign a 20 goal CF, any chance @deanobri1968 will come out of retirement!

Basham any other answer is wrong.

Basham only one that looked decent

Don’t need to do this mate. Give it Bash and move on!

What about you? What did you make of Basham’s display yesterday?