Another Good Result As The Blades Take Three Points From Reading 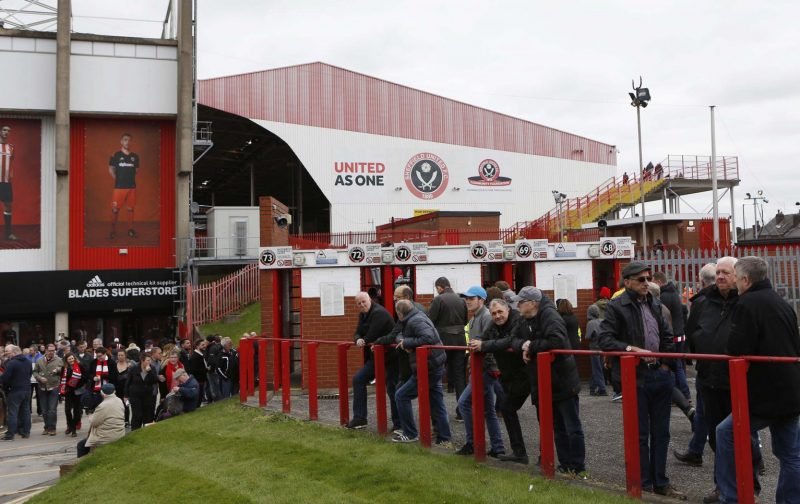 I was back on my seat on the Kop yesterday afternoon, getting my crease moulded back into my Kop seat, on a sunny afternoon at BDTBL.

I always check the team line up on the internet about thirty minutes before kick-off and was surprised that CW had opted to make four changes to the team that beat Boro in mid-week. Madine, Hogan, Freeman and Johnson started, presumably to give the regular starters a bit of a rest. I know that Reading weren’t on form and that they had drawn a lot of their previous matches, so wondered if CW was taking a gamble with this one.

As it turned out, I’d just finished standing singing the greasy chip butty song, and had only just brushed my seat with my backside when I had to leap up straight away after Freeman netted after just thirty-eight seconds gone!

What a fantastic start that was. I’ve rated Freeman, but Baldock’s form has kept him out of the starting eleven for a while now. I was really chuffed for the lad having the goal under his belt that early in the match, hopefully with Baldock and Freeman both being fit soon it will pose a bit of a contest between them for the right back spot.

We created some good chances and played some nice football, although it was a bit sloppy at times, with a few passes going stray and none of the usual overlapping play we’ve become used to, but to be fair we attacked like we wanted the result. Reading were a stark contrast to the bullying and faking tactics that Boro used during the mid-week game, and the only criticism I have of them is when their players were down for a tackle (which they did make a meal of at times), they were looking for one of ours to get booked. Norwood and Cranie were booked as results of soft tackles, but I suppose the way that players drop to the deck and make the most of it is part and parcel of the modern game. I’m not sure why they resort to this though, eleven vs eleven is a fair way of playing a game, and getting players sent off does increase your chance of scoring, but it also shows that if you can’t play against eleven fairly then you are not good enough for the job.

Anyway, that was the only poor thing I have to say about the game, I can’t even fault the referee this time, he seemed pretty fair and I didn’t hear one chant from the Kop about him, compared to the mid-week referee! Even the linesmen were awake yesterday, although they didn’t really have any big calls to make.

I wondered how Madine and Hogan would get on up front together, I have seen Madine link up with Sharp and those two are a pretty decent front two who feed off each other. Hogan ran his socks off yesterday and came close a couple of times, but it was Madine on target for two of the goals, and opened his account in the famous red and white stripes hitting both strikes into the onion bag. He was unlucky not to get his hat-trick though, and in my opinion, he brought something a bit different to our attacking abilities. He’s got up for all the long-balls that were lumped up towards him, won the ball well, took the ball down and controlled it. His lay-offs were decent as well as his link-up play. I’ve watched him over the last couple of games and he’s quite an opposing player to come up against. I saw him being pushed around against Boro, but seen that he’s willing to push back and impose a threat to the opposition defences in that they are pretty stand-offish of him. He’s a big lad and can get up in the air well, and is basically an all-rounder that has slotted in well with the team. He even got his debut of his dedicated chant at the Lane on Saturday as well. Not bad going!

Cranie has been playing pretty well, he’s had to step in and bring his game to the Lane with the players we’ve been missing recently, especially with Basham and JOC still out. He’s been pretty solid at the back and I’ve seen him rotating his roles about in the last two games, with success.

Fleck’s goal was a bit of a fortunate one, taking a deflection on the way in, but to be fair to Fleck, he’s run his socks off for the club and deserved his goal yesterday. We seem to have a few players now that are willing to take a gamble and shoot from distance, Hogan did yesterday as well as Fleck, which is nice to see.

On the BBC website it has Reading with more possession, but even though they had that stat it doesn’t give credit to the way we played, taking into account the amount of shots and goals. It also doesn’t state that in the second half our players were taking more of a gamble with the opposition. The backs and midfielders that don’t normally get forward were being more attack-minded as they saw that the Reading defence were all over the place and knew they couldn’t handle our style of play.

All in all, it was a fantastic result for us, putting us second in the table and keeping the pressure on the surrounding teams. We’re away at West Brom next weekend in the tea-time kick-off. Hopefully, it will be on the telly, so I’ll be able to watch it. To be fair our next two games are pretty tough ones. West Brom have an easy game away at QPR on Tuesday, and have just won in their own derby match at Villa. Then we have the away fixture (and overpriced!) at Swillsborough against the Wendy’s. I know we’ll beat them on their own turf, but I think it will be a tough match to play as all local derby matches are. I’m just hoping that Norwood doesn’t get another card as he’ll get suspended for that, but also CW will have a bit of a dilemma as well, having to choose the starting eleven for that one. The changes yesterday, as well as having our two top scorers sat on the bench yesterday will give him a headache on who to start. I reckon Madine will start or come on from the bench to see if he can silence the home support with getting a goal against them, but either way, it’s going to be a difficult choice for Wilder.

Leeds are the ones to watch out for now. They have a game in hand over us now and sat on the same points in third. They have a couple of easy games coming up, first at home to Bolton, and then away at QPR. Fingers crossed Bolton and QPR can turn them over! Norwich could also stall over their next three games as well. Millwall, Swansea and Hull are their next three. I reckon they will drop points over these games. So all-in-all I reckon I reckon we can close the gap even further, but need to watch over our shoulder for Leeds. I believe we can get ten points out of the next four games. West Brom I reckon will be a draw away at their gaff, but against the Pigs, Rotherham and then Brentford I think we can take all the points from these games.

I did manage a couple of chuckles as well yesterday. Where I sit on row K on the Kop, I always get the late comers that we have to stand up for them to take their seats – always looks like a poor Mexican wave when this happens! They must have been gutted yesterday as most of them would have missed Freeman’s goal. I also had a laugh listening to BBC Radio Sheffield on the way back home, the amount of Wendy’s that came on moaning about United! Not only has Steve Bruce inherited Fergie time from his old boss, but for them to get a last minute result in a huge 2-2 win for them (haha) away at Rotherham is a laugh. They have the gall to get on the radio and be a right bunch of mardy bums! It stinks so much of jealousy with their comments last night. They have a poor team, and always have had, and I know its local rivalry but they can’t handle the success we’re having at the moment, and might want to “mind the gap”! It’s a shame that Rotherham had the points stolen like that yesterday though.

Anyway, I’m crossing my fingers for next weekend now. I would like us to grab a win away at West Brom, as everyone else would too, but it’s an exciting time of the season and everyone at the Lane is looking positively at us getting promoted to the Premiership this year. That would be a fantastic outcome for us.