Analysis: A look into Watford 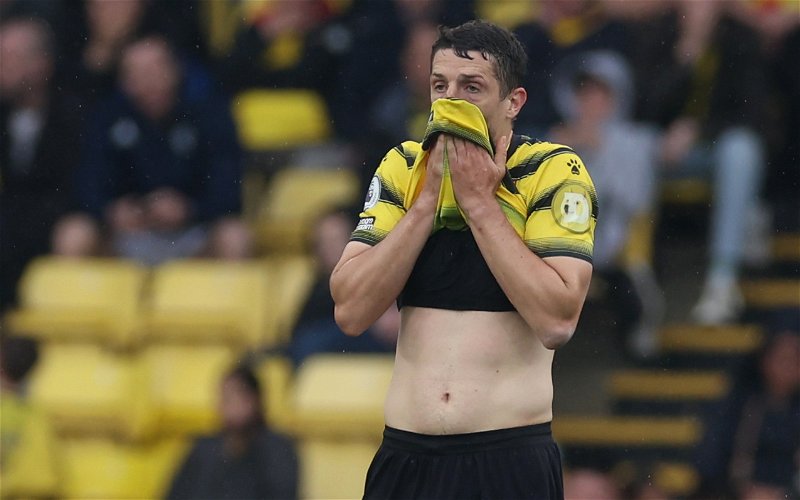 We’re counting down the days now until the Watford kick-off at Vicarage Road next Monday night.

United have had a mixed bag of performances and results throughout this pre-season, and so have Watford. You can’t really take too much notice of pre-season games though, and both sets of fans should see a big improvement next Monday night.

This summer Watford have been preparing for life in the Championship under new boss Rob Edwards, who they poached from Forest Green.

From the eye test it looks as though Edwards has been focusing on playing a 3-4-3 shape, alternating to a 3-4-1-2, with a clear focus on fast-paced transitional play.

If you were to ask me how I think they’ll line up against us next Monday, I think it’ll look something like this: 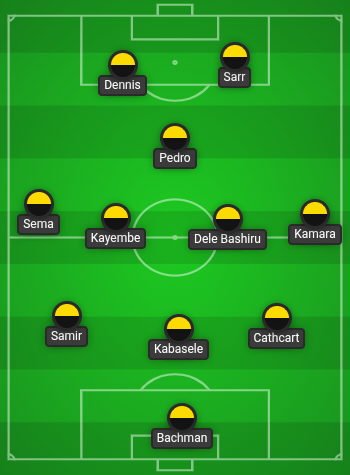 It looks like a scary proposition on paper. Lots of pace and flair ability in the team. I’d much rather play them now at the start of the season though whilst they are still getting used to the new manager.

Here is a spider chart of Watford’s team stats from last season: 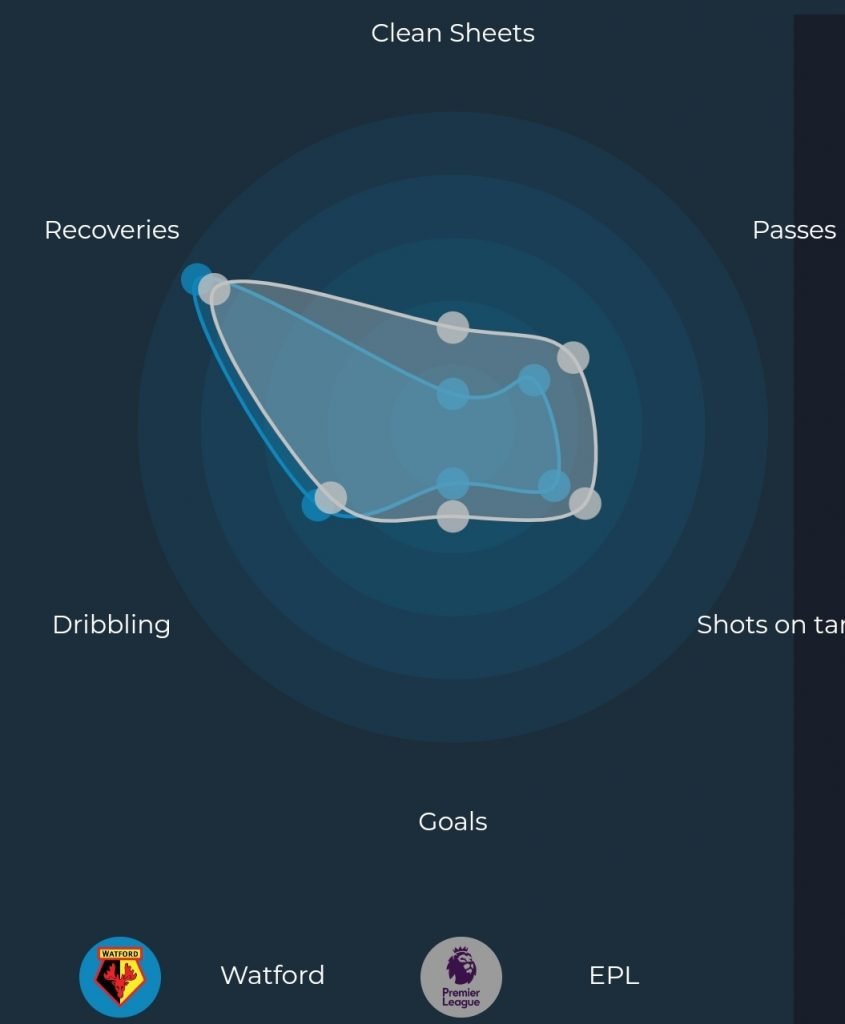 Watford actually outperformed the Premier League average when it came to recoveries per90 and successful dribbles per90. They almost have the same starting XI this season too. So, I do expect them to still excel in these aspects of the game.

Additionally, Watford massively struggled for goals on average compared to the rest of the league. They averaged 0.89 goals per game, compared to the league average of 1.42. Yes, they’re in a league below this season so that could change dramatically.

If you look at their strikers that have tasted the Championship before: Joao Pedro failed to reach double figures in 20/21, Ismaila Sarr hit 13 goals in 20/21. To add to that, Ashley Fletcher has only scored 21 goals in 108 Championship games. It will be interesting to see how Emmanuel Dennis handles the physicality of the Championship, as well as the new signings.