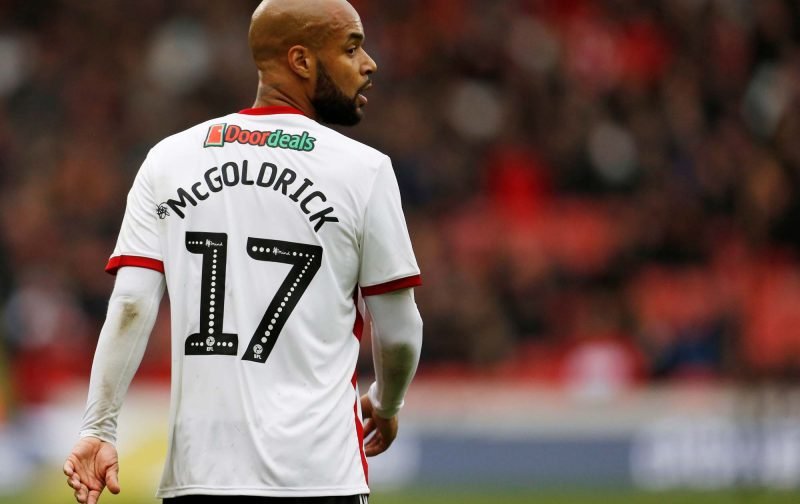 A good Easter turned into a great one for Sheffield United fans as manager Chris Wilder’s side took a significant automatic promotion advantage over Leeds United at the top of the Championship table.

Having taken three points from Nottingham Forest to draw level and joint on points with the Elland Road outfit as they slipped up, they slipped further on Monday evening but we took a second victory over Hull City to open up a three point gap with the games almost over.

A brace of goals from David McGoldrick and an Enda Stevens effort gave us a 3-0 win with the goals coming in the first half and statistics website Whoscored were incredibly positive in the player ratings after that performance and their star man award obviously went to our two goal hero on the day with a rating of 9.06. 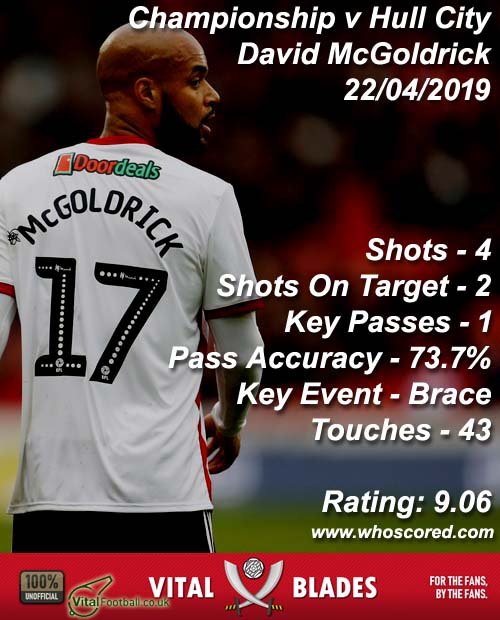 Martin Cranie, Mark Duffy and Jack O’Connell also received plus seven scores for their efforts and second spot is absolutely on our hands.